The ocean's most fascinating creatures 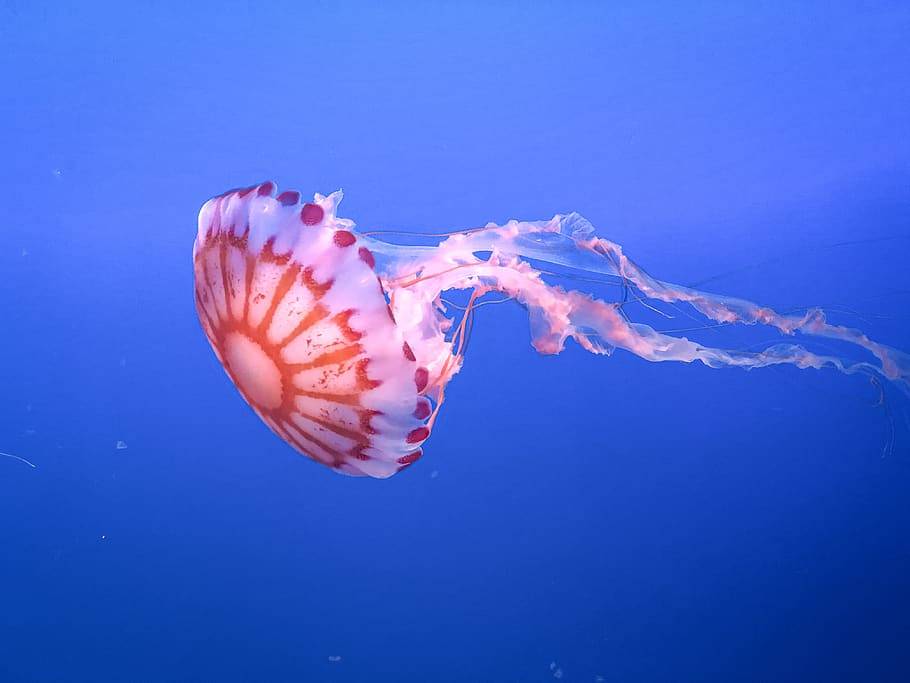 Out of sight, out of mind

The ocean is a magnificent place. It's so huge that most of it is still unmapped, meaning us humans still have no clue what lies down below. Scientists estimate that over 90% of ocean species are still unknown as we still have very limited access to most of the ocean. Needless to say that the ocean is a mindblowing habitat. While we may not understand most of what lives in our planets deep waters, we do have a list of extremely captivating ocean species that you may not have heard of before. 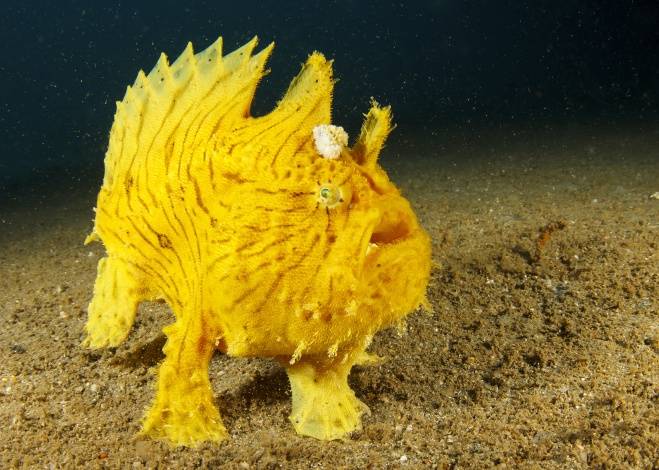 Frogfish live in the ocean near Indonesia. It is estimated that there are about 50 different frogfish species. They very from color-to-color, some being solid bright colored and some having beautiful stripes. Clown frogfish are terrible swimmers, so they use their fins to move around the bottom of the ocean. This makes them appear as if they are walking rather than swimming, which is why they are called frogfish. Frogfish are extremely antisocial, even avoiding other frogfish. This is because they spend their time being focused on finding food, so much so that they will even resort to cannibalism is they are hungry enough! 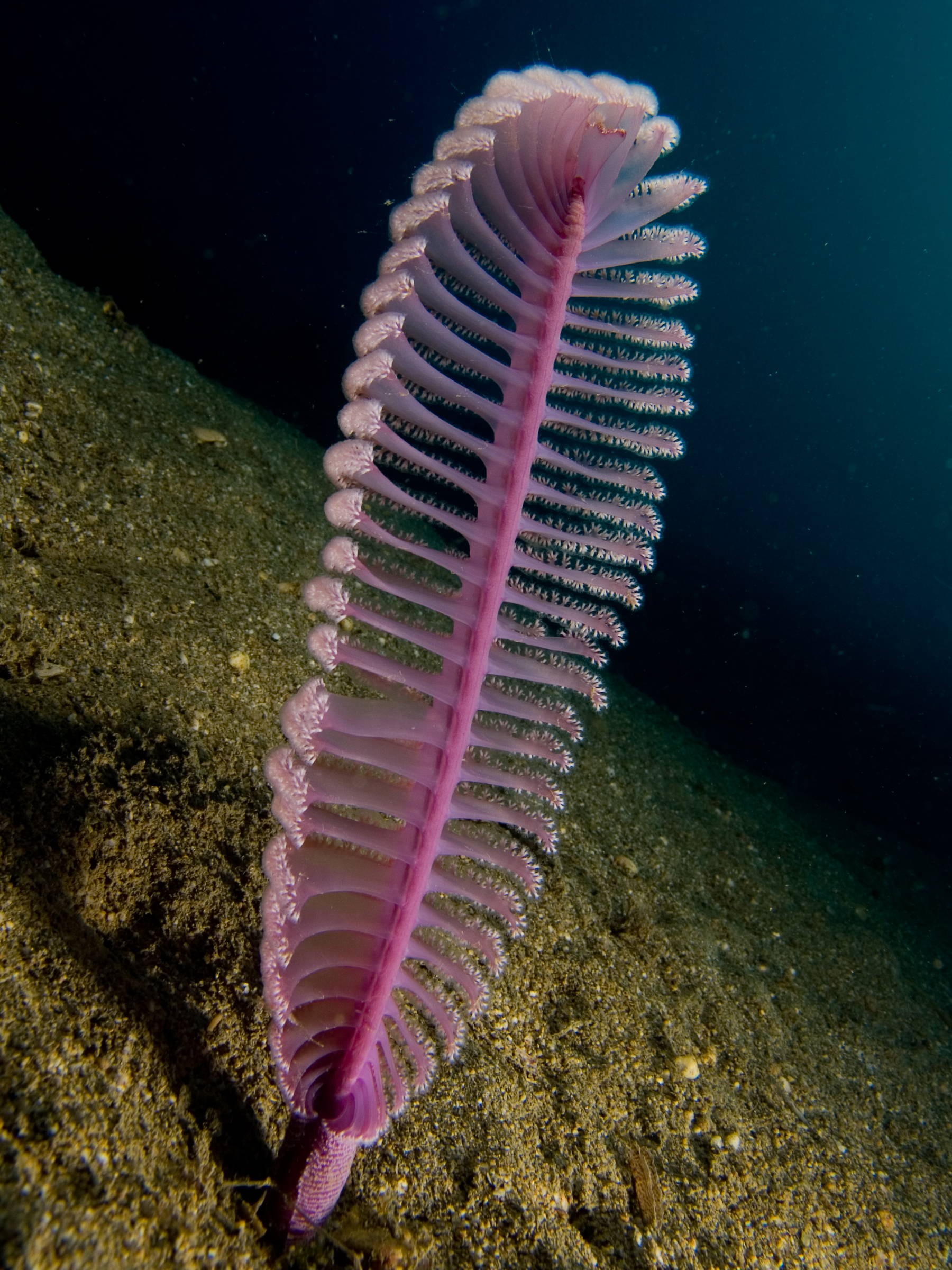 Sea pen are invertebrate marine animals. There are over 300 species and they live in shallow and deep waters anywhere from the polar waters to the tropic waters. Sea pens deflate and expand when water moves in and out of their delicate bodies. Their name comes from the fact they resemble feathered quills. Most sea pens also glow when they are touched or otherwise stimulated! 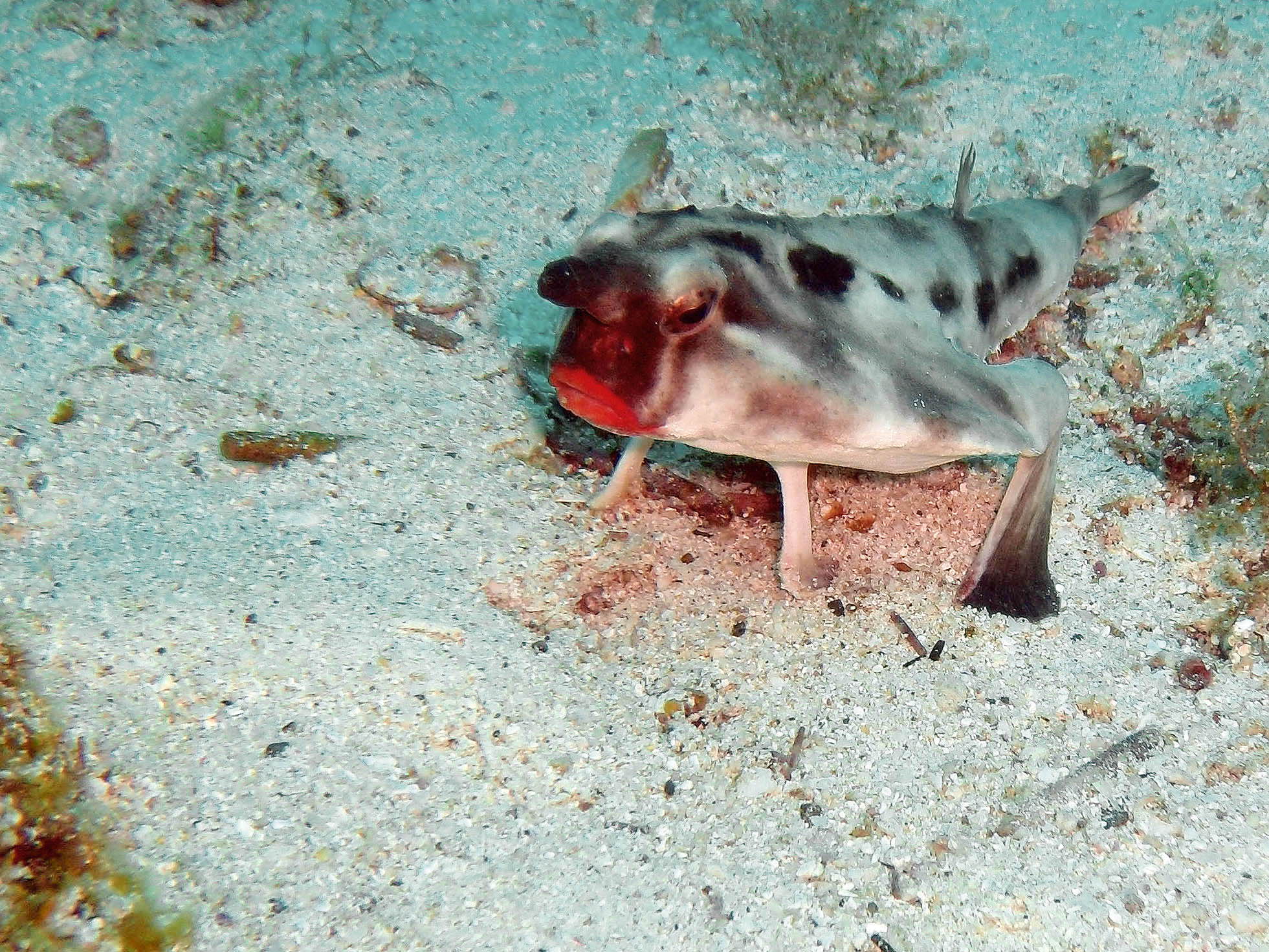 This next ocean animal is called the red-lipped batfish for obvious reason. It has bright red lips and resembles a bat. It is found mostly at the edges of reefs in the Galapagos waters. Besides it's appearance, the red-lipped batfish has other strange characteristics. This creature is capable of swimming, but it's fins are more often used as pseudo-legs. They appear to walk around rather than swim to keep tabs on their surroundings in search for prey and for it's predators. Unfortunately, it's predicted that red-lipped batfish may not survive in coming years as coral reef temperatures rise and plastic pollution continues to threaten their habitat. 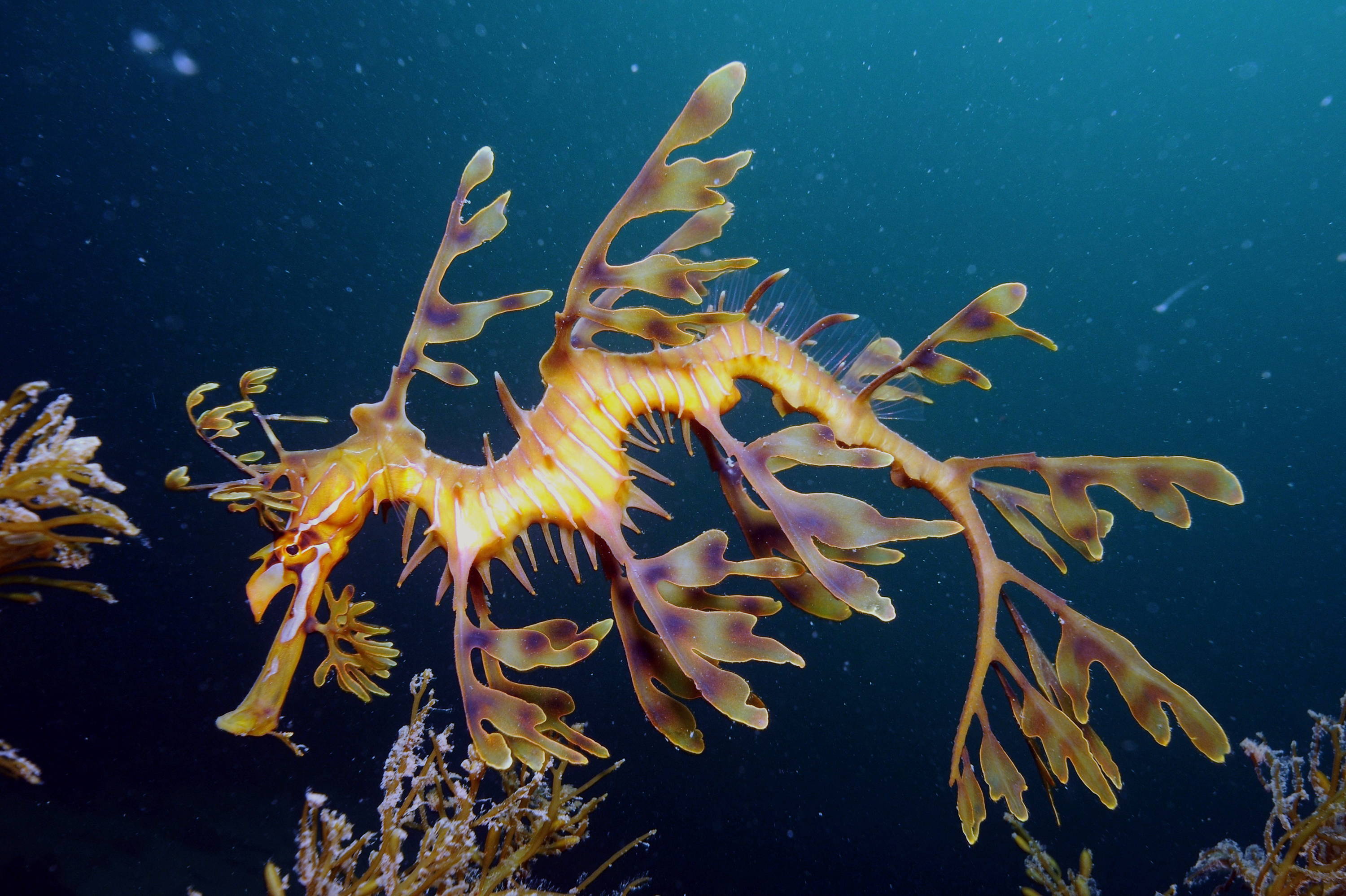 Leafy sea dragons are named for their plant-like appearance. They also appear to resemble seahorses very well, however, they are more closely related to pipefishes. They are terrible swimmers, so they rely heavily on their master abilities to camouflage with surrounding algae and seagrass. Due to their beauty, there has been a major issue with humans trying to fish out leafy sea dragons for personal desire. There are strict regulations on these fishing efforts, but it's predicted that leafy sea dragons are close to extinction with climate change destroying their habitat and humans killing them off.

Florida Tech. (2017, June 6). 10 Weirdest Ocean Creatures - And Where to Find Them. https://news.fit.edu/science/the-10-weirdest-ocean-creatures-and-where-to-find-them/

National Ocean Service. (2021, Feb. 26). How Many Species Live in the Ocean? NOAA. https://oceanservice.noaa.gov/facts/ocean-species.html